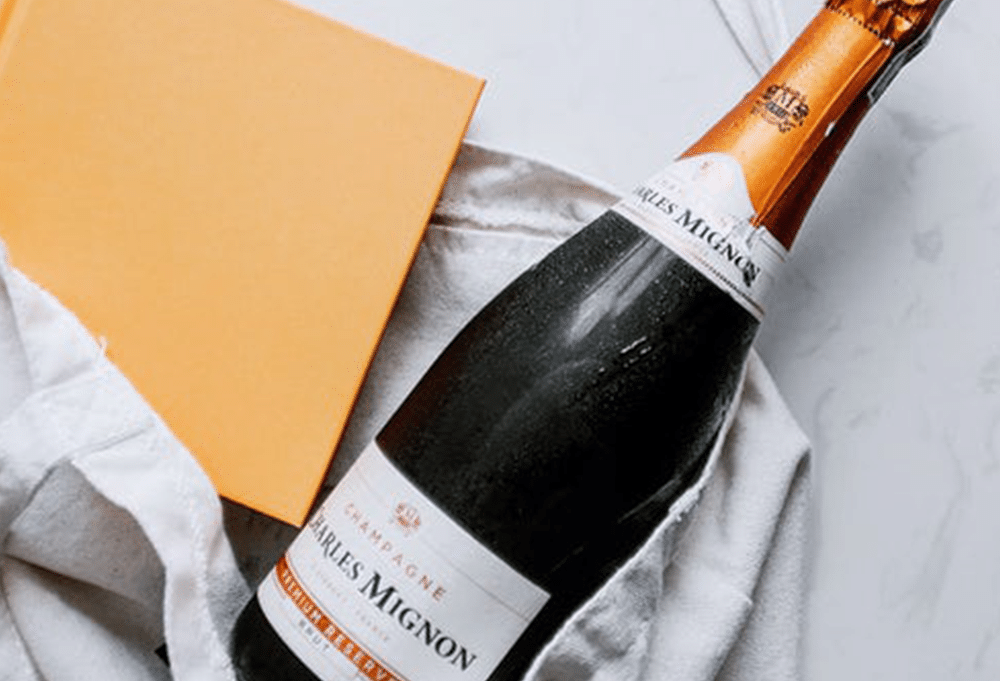 For all the excitement it generates, for all the pizzazz of its presentation, the explosive sound of its cork popping, the fact that it is used for celebrations and that it evokes feelings of joy, Champagne is a rather subtle beverage.

In some ways, it’s the easiest wine in the world to match with food since it generally goes with everything. So no one need fret over the specific flavors you’ll be getting since Champagne and other such sparklings are less about flavor than they are about nuance and subtlety.

The main thing to consider is the sweetness level of the bubbly and how it works with the foods you’ll be having.

There are more than a dozen types of sparkling wines available to us, and the finest of these is real French Champagne, the stuff with the capital C since it refers to a district north of Paris. Here are a few of the terms related to all bubbly. 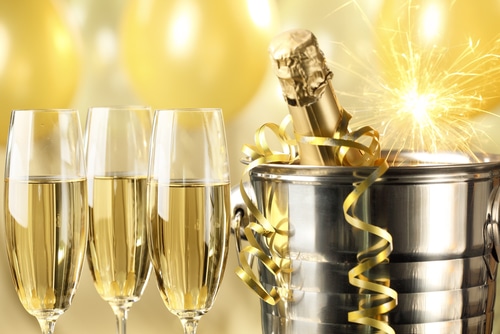 –Charmat: The most widely used method for getting bubbles into a wine, and a reliable system it is. The wine goes into a giant sealed tank, the bubbles created by a special process, dead yeast cells are removed and the wine is bottled. Simple, efficient, and it usually makes rather inexpensive wines since it’s rarely used to add complexity.

Among the U.S. brands you’ll see that are made by the Charmat system are Cook’s and Andre. These products deliver larger bubbles than finer sparkling wines, and tend to be rather soft and sweet.

–Transfer: This is another process used to create the bubbles. Not widely used any more, the idea is to develop the bubbles inside a bottle, then transfer the bubbly to a tank for clarification, and then re-bottle it. Top me, it seems unnecessarily time-consuming and isn’t used much any more.

–Methode Champenoise: The system for getting the bubbles into real Champagne and now used by the best sparkling wine makers around the world. It entails putting the blended still wine into a bottle with additional yeast and a dollop of sugar, capping the wine with a steel cap, and then waiting for the second fermentation to create the bubbles. What’s created is carbon dioxide that cannot escape the bottle, so goes into solution.

After this second fermentation, the wine then is cleared of any sediment by removing the spent yeast cells from the bottle, using a magical method.

Champagne’s proprietary method, which is now used widely around the world, makes for an effervescence that is finer, with tiny bottles that aren’t as aggressive as that produced in Charmat.

There are other bubblies besides Champagne, of course, such as German sekt (pronounced zekt), Spanish cava, Italian Prosecco, and California sparkling wines. Many of these can be superb, but some don’t have the finesse or polish of the best Champagnes.

A factor to keep in mind here is that most bubblies are made from earlier-harvested grapes, so their flavors are rather subtle. The main reason is that the best bubblies are crisp, and the best way to make it that way is to have naturally high acidity.

Harvesting grapes later gives grapes more flavors, but then the wine would smell and taste awkward, and it would also be low in acid. A few such wines are made this way intentionally, but they are usually aimed at pairing with desserts. One example is Asti Spumante from Italy and other such sweeter sparklings. Asti Spumante was joined on retail shelves a few years ago in a major way when Americans discovered California Moscatos — sweeter bubblies that were made from Muscat grapes.

Some of the terms used on these products can be a bit confusing. If you are planning to serve bubbly with a wide array of slightly sweet foods, a slightly sweet bubbly works best. So look for a sparkling wine that says “extra dry” on the label! That is, curiously enough, because the phrase Extra Dry means slightly sweet.

The term for a drier wine is brut (pronounced broot).

The Champagne district also uses a number of designations on its wines, but the two major classifications are non-vintage brut and more upscale vintaged products.

Vintage-dated Champagne, typically held in the producer’s caves for a longer period of time, may be consumed when released as well, but I find I get a lot more when I age them for additional time.

The great thing about Champagne is that it can be a “complete” wine in that it delivers wonderful subtle fruit components and a lot of crisp acidity to marry flavors in a wide variety of foods. I am in love with most sparkling wines and drink about as much of them as I can – when my budget warrants.

For me, Champagne creates its own special occasion.