Most of the fine wines we are offered in wine shops these days are too young to be appreciated at their best.

There are several reasons for this, but the primary one is that wine is a living product, and shortly after it completes its fermentation and is technically wine (and no longer just sweet grape juice), it remains an infant in need of much education. 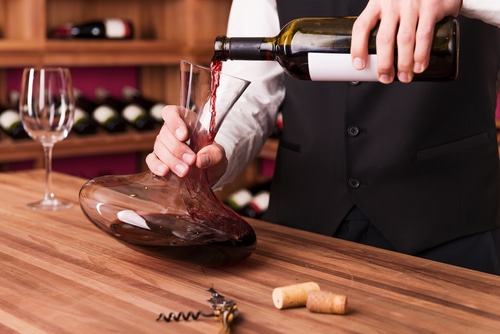 First it must crawl through the period when it can take its first tentative steps, and then it begins the walking-learning process in which the new wine grows into a far more mature entity.

This is true for white wines as well as red, which is one reason that all wine benefits from a small amount of aeration as it grows from infancy until it is at the peak stage of development.

Whether it is white or red, approximately 90% of all wines can benefit from a small amount of oxidation or aeration, and in most cases that can be accelerated with the use of a decanter.

The mere act of splashing a young wine into a clean glass carafe helps to develop a wine’s stamina, opens its aroma to display more of its true character, and softens the overall elements in the wine to display more harmony and balance.

It has been argued that a crystal decanter works better than a regular glass decanter, but any clean, non-aromatic glass container works as well in most cases. 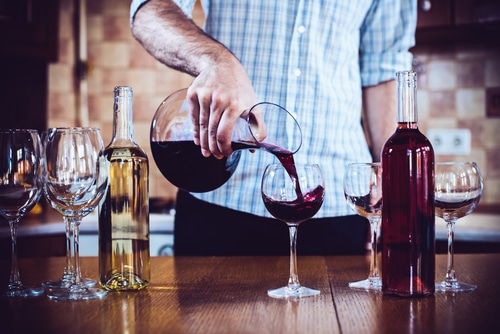 There is nothing particularly unique about something called a “wine decanter,” but the length of time a wine spends in a decanter is crucial to whether it helps or hurts a wine’s performance.

It is a common practice to decant older red wines to allow them to breathe, but very old red wines can be ruined with such treatment, especially if the wine is already fairly fragile because it is extremely old.

The best bet with any wine is for a wine expert to sniff the wine immediately after it has been uncorked to determine if it has already reached a point where decanting it could actually be detrimental to the wine’s health.

Routinely decanting an older wine that is very fragile could push it over the edge into instant senility, thereby destroying all of the careful aging the collector had done.

Even decanting young white wines can be beneficial, especially those bottles that are sealed with a screw cap, which can occasionally show an uneven aroma until air has allowed it to sufficiently “blow off” a few of the negative fumes that arise from the fermentation process.