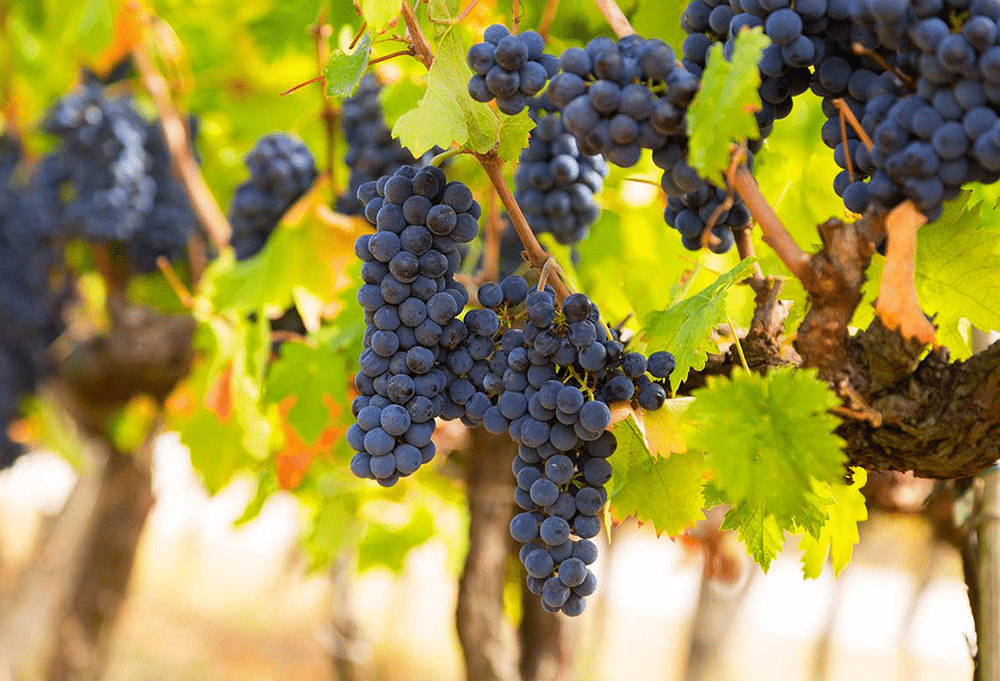 RIESLING – ARGUABLY THE GREATEST WINE GRAPE IN THE WORLD

Riesling is probably the greatest wine grape in the world.

Since such a statement is open to challenge (and surely will be), I used the word “probably” so as not to irritate the misguided people in this world who think red wine commands the top ten spots on the World’s Greatest Grapes list. 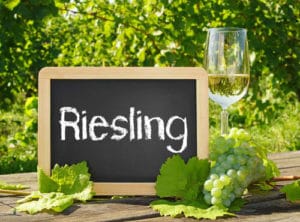 My passion for Riesling predates the latest set of great wines from Germany, as well as the discovery of great Australian Riesling, the shock of greatness of New Zealand Riesling, and the renaissance of U.S. Riesling.

Yet all this probably has received little attention in the United States wine media, where the “in” varieties remain Cabernet, Zin, Pinot Noir, Chardonnay, and even Rhône blends.

Riesling is, simply, not a household word. Two decades ago a Los Angeles radio station cooking show host, doing a commercial for a Washington winery famous for its Riesling, told listeners to run right out and try this great “rye-sling.”

In the opinion of almost any Riesling expert, the best come from Germany, the fatherland for the variety. Germany has been making great Riesling for a long time and Riesling is its signature grape.

However, for decades poor German vintages gave the wine a roller-coaster image. Some wines were good, others not.

Fact is, Germany suffered through some terrible vintages in the 1970s (only three years were rated as stellar: 1971, 1975 and 1976). And in the 1980s, a similar fate befell growers, with a host of ordinary years and ordinary wines.

It wasn’t until the 1990s that weather patterns started favoring the Germans, with 1997 starting a run of good years. And from 2001, the news has been great. That year, fate smiled on Germany and the wines from 2001 were strikingly handsome.

Some said the year was a “vintage of the century,” yet even that proclamation didn’t carry a lot of weight with those obsessed with plonkish Chardonnay.

We visited Germany in 2002 to see the vintage up close and spent a good deal of time in the Mosel Valley. What we saw were wines that were spectacular — easy to like for any wine lover or even wine novice. That’s because the best of them have a degree of sweetness that can charm.

Even when they are dry, there was a balance to the better wines that matched perfectly with a wide array of spring and summer foods. 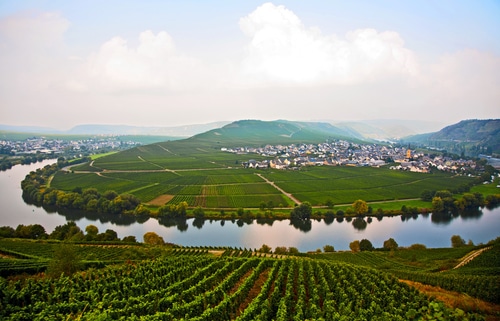 Our trip through this spectacular region lasted just five full days and we stayed exclusively in the Middle Mosel. We kept a taut schedule, sampling dozens of amazing wines from a region rich with the tapestry of wine history.

Germany has made wine for centuries. Despite the devastation of two world wars, economic pressures, and a worldwide public that turned heavily toward red wine in the 20th century, this area of the world remains committed to Riesling like no other.

One reason for this is simply that no other grape grows here quite as well, or has the dramatic results. To be sure, Germany has other grapes that make nice wine, like Müller-Thurgau, Pinot Gris (called Rühlander), and even Gewurztraminer.

But the late-ripening Riesling is the one that has the amazing ability to produce a floral, citrus-y, apple-y, seductive and charming wine despite high acidity that, without some sugar, could make it austere and angular.

The key reason Riesling is so prized here is its intensity of fruit combined with one quality few other regions in the world have: the ability to make a great wine at low alcohols.

Indeed, as we sampled our way through the three districts that make up the Mosel Valley, we tasted many amazingly balanced wines with 9% alcohol; a few were as low as 7.5%. As master wine maker Willi Haag said, “You can drink it for lunch and still go back to work.”

The Mosel is one of the world’s most dramatic wine country areas. Almost all of its best vineyards are south facing, planted on sparse soil laden covered by slate. Some sites are gray, others pallid, but almost all steeply canted to absorb the maximum amount of the sun.

So northerly is Germany that even in summer, the sun hits the vines at a sharp angle. Flat-planted vines don’t get enough sunlight to develop ripe flavors. By planting on sites as steep as a 70% grade (!), vines don’t shade each other, and flavors have a chance to develop.

This means, of course, a far more labor-intensive system than machine-harvestable flat vineyards.

Christian Ebert of Schloss Saarstein giggled when he noted that in 2001, “I would come out on the patio” of the castle in which he and his wife, Andrea, and three daughters lived, “and I would sit down and would wait for the cold and rain. And it never came.”

In most such good vintages, true greatness will be seen in the driest of them, which are called Trocken (dry). Yet great wines have been made regularly since 2001 from the driest all the way to the sweetest, trockbeerenauslese.

Egon Muëller, whose winery is at Wiltingen in the Saar, has said that the aging potential of his wines is widely known, even though Americans “have a perception of German wines that they don’t age.” He said Mosels from the last several years will show best in 20 years!

The nice thing is that it takes almost no educational process to appreciate Riesling. Just a taste of a mature German Riesling from a great vintage and most folks will be hooked.

Not only that, but with lower alcohol levels, sugar, and higher acids than most other wines, it’s easier to drink with foods.

Yes, red wine has its place. But if offered a choice between a middling red and a middling Riesling, the latter is the easiest choice.