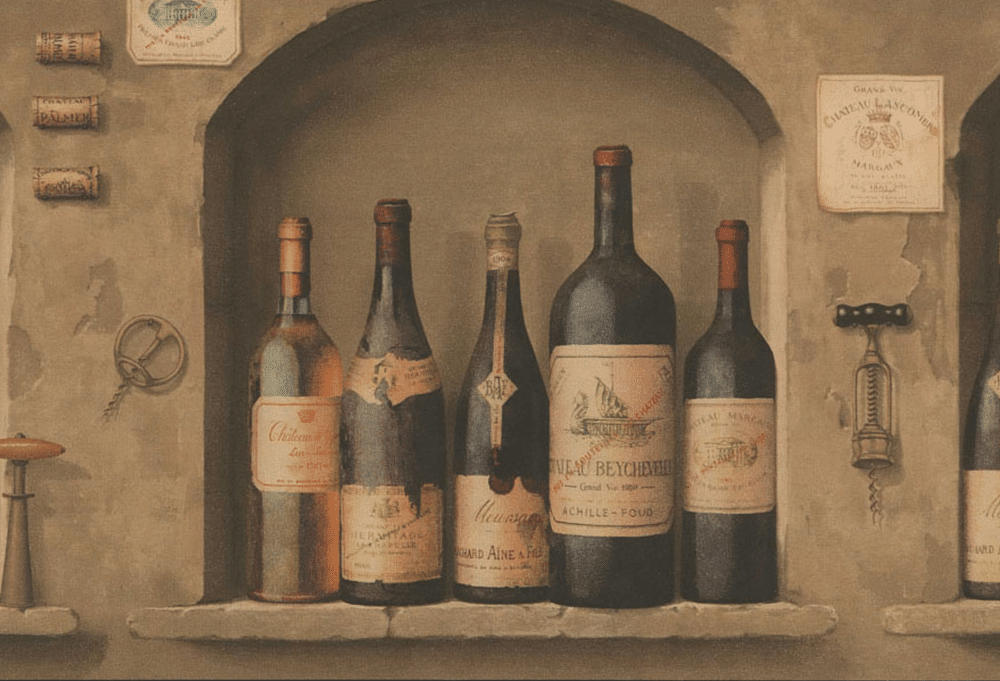 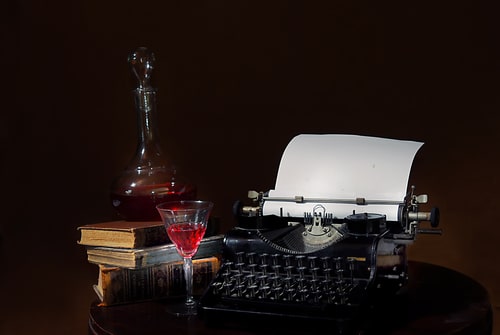 The phrase “wine writer” has been used to describe people who contribute to the wine knowledge of our society with a series of nearly endless tasting notes. Unless you are a dedicated tasting note reader, this can be a sea not worth traversing.

Sure, you might well point out that it is true that many of the words written by these people are words relating to who the wine maker is, where his or her winery is located, and other assorted facts, such as details of the founding of the winery. But all of this is merely recitation, explication, and rarely does it take any form other than exposition.

Almost never is it art.

Usually, the phrase “wine writer” refers to someone who has a regular publishing gig. (A blogger is a writer of sorts, but rarely can you find a wine blog that consists of writing in the manner found in paper-printed journals.)

A wine writer also is someone who has written a book or a number of books, or contributes regularly to wine magazines. But again, this doesn’t say anything specific about the type of writing that is pursued. Is it art? I can tell you of many books that are purportedly about wine, but in fact they are more about the author than they are on wine, and the art issue never comes up because putting a string of words together in a roughly coherent fashion doesn’t constitute art.

Especially with tasting notes, more than anything, the wine writer is expected to take a position on wine quality, and this position must be wine-specific. Any old “I like this, and I don’t like that” sort of thing. Generic evaluations without specifics can be seen as hollow and lacking in any substantive meaning. But they do exist.

“So you like this?” I’m tempted to ask. “And why, specifically?”

Yet specifics such as overly detailed tasting notes ought not to be seen as literature. Nor should it be considered analysis, reportage, or education. A wine critic critiques wine, and (in my opinion) need not have any knowledge of shatter, pH, and bi-lateral cordons. In a best-world situation, each person giving a cogent critique on wine ought to know all there is about its manufacture, starting with the day of planting, but rarely is that a factor for the self-proclaimed expert.

Tasting notes usually are opinions and nothing more. And rarely are they justified with an “I like this because” sort of justification. The “I like it” or “I dislike it” usually suffices. 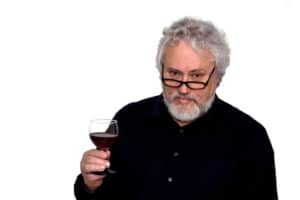 And yet “wine critic” and “wine writer” seem to be used interchangeably So we reach a point where the phrase “wine writer” is a generic catch-all term that refers to a wide array of writing about wine (the topic), wines (specifically, how the writer views individual wines), and anything else that seems to strike the fancy of the perpetrator. Even inaccuracy.

When it is supposed to be factual, the writing can include details as to personal discovery (likes and dislikes), or it can focus on wine making goals, information about the source of fruit complete with vineyard, and then we get true esoterica that can occasionally take the form of “here is some information to indicate that I know a lot about what I’m talking about, but in reality it is little more than gunk to enhance my reputation as an expert, mainly because you will never be able to make any sense about what I’m putting into this article, and frankly neither do I, but it sure as hell sounds great, and even if it’s entirely wrong, who’s going to correct me?”
It is when you get an endless string of Chardonnay clones or yeast strains and fermentation temperatures and barrel makers’ cousins’ first names that you can tell the wine critic is out of his or her league, not to mention mind.

Basic tasting notes start with the concept that a wine rated to be recommendable is presumed to smell and taste like what the label indicates it is. This doesn’t seem to be a prerequisite for the vast majority of those who put numbers on wine that purportedly ranks them in a sort of order of greatness. The higher the score, the better the wine – irrespective of whether a wine actually tastes like what it’s supposed to be. At least you can say wine writers, for whom the word is at least as important as the number, are looking at typicity as a key factor in whether a wine is rated to be a success or not.

TASTING NOTES OF A WINE WRITER OR WINE CRITIC

As for the tasting note itself, should it start with the key words that reflect the most obvious components and then use terms later on that are viewed as lesser elements? If the overriding characteristic of a wine is the fact that it was aged in a lot of new French oak barrels, and the most obvious element of the wine is its aroma of smoke, toast, vanilla/chocolate, and other similar descriptors, then those, one could argue, should be the first things listed. Yet what often happens is that the number people, in an effort to impress you with the weight and power of a purportedly great wine, refer to concentration and other similar elements in the wine’s makeup before ever getting around to the oak. And rather than say it is oak they detect, they use terms like mocha, toasted chocolate (?), almond bark, and the like. Euphemisms work here quite well, and certainly is a lot better than “Enough oak to prompt the Sierra Club to demand that the wine maker sign a reforesting pledge.”

Euphemisms, florid language, unabashed zeal, and speculative predictions may be the strategy that works for such persons, but they can leave the reader gasping for air. With all the “best” wines, balance seems not to be a factor. Weight is the key, and only after weight do we get treated to the various adjectives that refer to wood/smoke/bacon fat/barbecue etc.

Moreover, the distinctiveness of varietal and regional character seems trivial in the fact of such enthusiasm for the “same old” flavors. Any wine with even a trace of pyrazine is quashed with an 82-point wave of the hand.

TASTING NOTES HAVE A SHORT SHELF-LIFE

Then there is the fact that tasting notes are quickly stale.

Assume we taste a wine and then taste it again about two months later. Assume too that nothing has happened to the different bottles between the first and second tastes. The result could be different in the second tasting. Perhaps one of the bottles was stored badly, say in direct sunlight, and where the temperature of the bottle rose to 85° and the wine made to suffer through some jostling and vibration.

Under these conditions, the wines will not taste identical and thus the tasting note from the first try of to the second just weeks later could vary in a crucial way. As we evaluate wine regularly, we see this as a pernicious aspect of the wine’s persona. I have actually had wine makers pouring a wine for me who then say there is something wrong with the wine.

Does this sort of inconsistency make it into tasting notes? Chances are, the evaluator had just one bottle and what was seen was what made it into the evaluation. I have actually changed my suggestions on various wines based on subsequent re-tastes.

A wine is not reflected in just a single evaluation of what’s in this glass, or two glasses over time. It usually has a lot of older brethren, wines from prior vintages that either carry a certain unique trait from year to year, speaking of the terroir or the house style, or something. Or it does not. Perhaps the view that means the most is one that reflects what is there compared to what ought to be there.

TASTING AND OBSERVING WINE THROUGH ITS LIFE CYCLE

Tasting and observing wine through a historical lens allows the evaluator to make quality judgments that are related to its life as many things. A single, delimited vineyard is either at the heart of a wine or it is not. If it is, then the historical perspective takes on a far more meaningful element in the final evaluation.

On one day, the wine evaluator has a cold. His boss is giving him hell for being late on a project, one of the kids is grumpy because of a lost toy, there is a leak in the water heater, and the hard drive crashed. And the Chardonnays don’t taste very good? How this affects the tasting notes and any writing that will be done about this set of wines subsequently is going to be affected.

Liking a wine versus loving a wine must, when done correctly, be done on a level playing field. The writer takes a more philosophical view than does the critic. And I challenge the notion that hedonism has anything to do with a proper evaluation of a wine.

Then there is the case of the (young) wine merchant who became a wine judge, and who, in one major competition, gave gold medals to a number of rather blah wines, with the sole justification, “I can sell the hell out of that wine.”

And what of the controversial wine? Controversial simply means that not all tasters will like the wine, but some may. But no, some critics are inflexible to the point where the phrase “I am right, they are wrong” implies that there can be no controversy.

As for balanced wine, it seems to be left to those few of us who have a balanced view of life, and of wine. Balance seems to lead to cogent writing, keen insights, sound cognition, and a fascination with the other-than-ordinary that leads to enlightenment.

Then there was a wine judge who arrived at a huge and important wine competition supremely confident in her skills. She proceeded to evaluate more than 300 wines, and awarded only one wine a medal – a bronze medal at that.

I can’t imagine her having a happy life.