Once upon a time, Zinfandel was the mystery grape whose origin was unknown, but it made two kinds of wine that were widely appreciated: a slightly pink wine and a Beaujolais-like red. 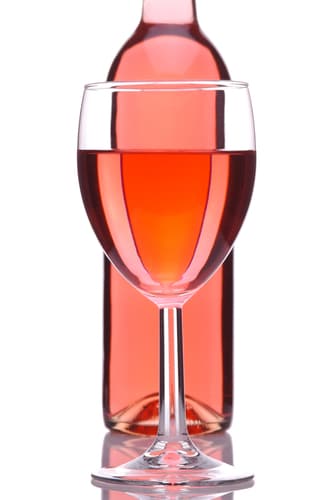 We knew that Zinfandel was a California original, grown nowhere else, and a variety that had a unique nature – with an aroma of strawberries and raspberries, a soft texture, and an affinity for pizza. Nothing like it existed in the old world.
In the early 1980s, Sutter Home discovered that Zinfandel could be made into a fresh, sprightly white wine with a slightly salmon-y color and a bit of sugar. That gave it a new persona.

At the time, wineries from all over the state were making it into a tasty light red wine that often had just a hint of jam in its aroma, and a taste that was not always totally dry, but satisfying. No one sold Zin for very much money; normally it was half the price of the average Cabernet Sauvignon, and many versions were much cheaper.

It was not a “serious” wine; it was for fun, for quaffing, for casual dining, not for serious dinners.

FROM CASUAL TO SERIOUS: ZINFANDEL ARRIVED 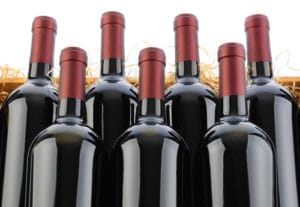 Oh, my, has Zinfandel grown up! In January each year, thousands jam into giant San Francisco buildings to sample hundreds(!) of Zinfandels from 300-odd Zin producers in the annual ZAP tasting, sponsored by an organization dedicated to fostering passions for this grape about which so little once was known.

The Zinfandel Advocates and Producers began staging this event nearly a quarter of a century ago. In that period it has become THE event to attend for Zin lovers. Some come from as far away as the East Coast. Despite frequently cold, rainy conditions, many walk for more than a mile to the venue, since the parking lot is inadequate for the throngs.

Curiously, despite the passions of the huge crowd for this grape, I believe Zinfandel no longer is one of the most engaging wines on the shelf. I am always amazed so many like this grape in the manner it’s now being made.

I realized how utterly bored with it I am.

THE TREND IS HURTING ZINFANDEL: IT’S TOO BIG FOR ITS BRITCHES

The reason is: the stuff is too big, too high in alcohol, too Port-like. For the most part, I believe, few producers have the courage to make it with the balance it once offered, and allow it work with food.

I figure that table wine, the stuff we serve with our meals, should have about 11% to 13.5% alcohol. When the alcohol reaches levels it has in Zinfandel these days, of 15% and up, and some up there in the 17%+ range, my mouth starts to tire after a single sip.

Moreover, I don’t like table wines that smell like oak-flavored high-proof. Port is for after-dinner sipping with cheese, not trying to mate with a slab of beef or lamb. The latter foods work perfectly well with a Cabernet or a Bordeaux, or event a Barbera, a Chianti, or a Rioja.

These days, Zin has become a parody of itself. 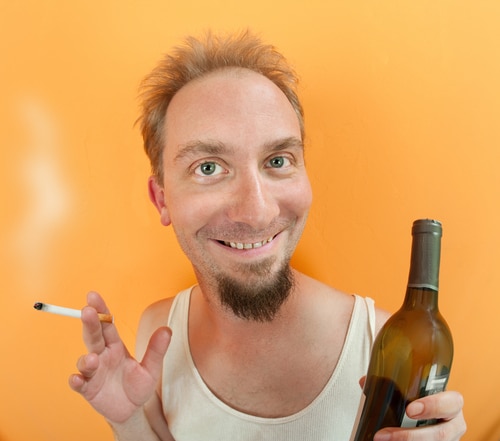 Once a rakish and fresh-faced youth with a sprightly nature, it now has become a brooding, boorish oaf, with about the same grace as a 250-pound ballerina. Today instead of cavorting toward the dinner table, it staggers toward the gutter.

Am I being too harsh? Perhaps, but so is the wine. The older I get, the more my mouth literally burns from the alcoholic bite of these things, which also generally have tannins so high they crease my gums and demand heavy, fatty foods with the punch to contend with the wines.

Rather than being a food match, we have a sparring match.

Oddly, Zin has come this way once before. In the late 1970s, Zinfandel also hit this point of bigness. Wineries were making them with huge alcohol levels, and a few so-called “late harvest” Zins were actually sweet.

By the early 1980s, many consumers, so confused about the style of wine they’d be getting (was this one sweet or dry?), they gave up. Zin sales plummeted and soon the grape was on the skids. Growers had a hard time selling Zinfandel grapes, and were it not for the invention of White Zinfandel, many old-vine Zinfandel vineyards surely would have been ripped out.

Modern wine makers figured out how to market their high-alcohol Zins: charge for the alcohol. It seems as if consumers are being asked to pay more for the higher-alcohol wines — as if this is a mark of distinction.

If the consumer wants amateur port, fine. Who am I to water down their passion?

But it does sadden me that a grape once called America’s Beaujolais by writer Bob Thompson has been pushed and manipulated into this ogre with a nasty overbite.

Sure, a few charming examples still exist. Some of them may be found by looking for the alcohol statement on the label. If they say 14.2% or thereabouts, perhaps the wine is worth a try.